I’m flattening glued panels of Douglas fir for the garden box. The timber arrived rough sawn and though nominally an inch it was anywhere between 7/8″ and 1 1/4″. Plenty to do!
I usually start with a small Jack plane with a heavily cambered iron: a scrub plane in essence. Then a toothing plane and finally a jointer. Because the fir is tearing out so horribly I’m only using the scrub to take off the highest points, then I’m doing the bulk of the work with the toothed low angle jack.
It seems to do magic…

Very interesting article in this month’s WoodenBoat magazine:
http://digital.woodenboat.com?shareKey=jaCXTt
Sadly no mention of my favourite exterior glue: Cascamite, a urea/formaldehyde resin.
The article exposes some of the myths around epoxy but neglects to mention how repairable different glues are. 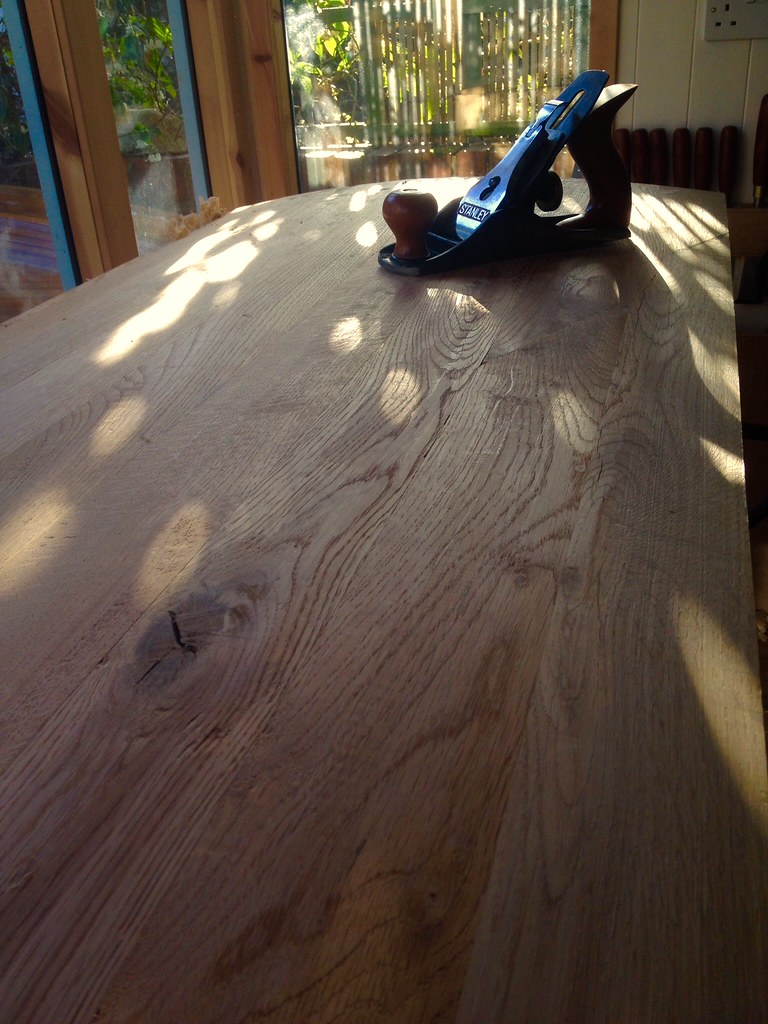 A sharp smoothing plane took care of the tear out. Seems a shame that it won’t make the final product. 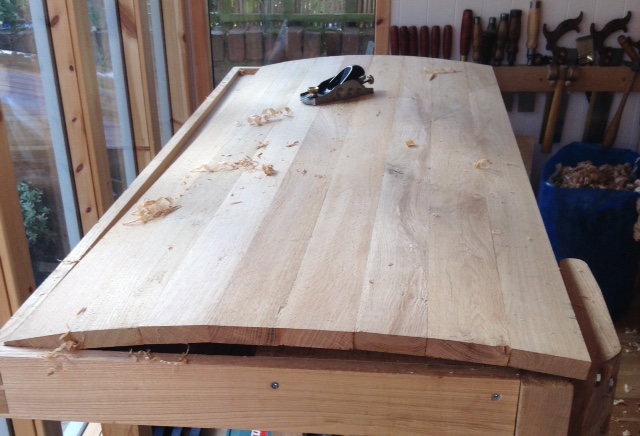 The technique seems to work. I glued up pairs, then fours and finally the seam down the middle. This photo shows a bit of flattening at the top. I had to replane the edges for the last joint; clamping had given them a bit of edge set and I needed to true them up. In doing so I lessened the bevel flattening the curve.

A useful lesson learned. I’m glad I did this on scrap.

Another lesson I seem to need to relearn is to pay attention to grain direction better. While planing the planks to give a smoother curve I was reminded of the need to match the grain direction in adjoining pieces by big chunks of tear out. That said, these oak planks found their way to the bottom of the wood rack because they had such convoluted grain. None of the pieces here have consistent grain along their length.

The Douglas Fir arrives in seven days. I hope it’s more consistent. I didn’t get to pick the planks myself. 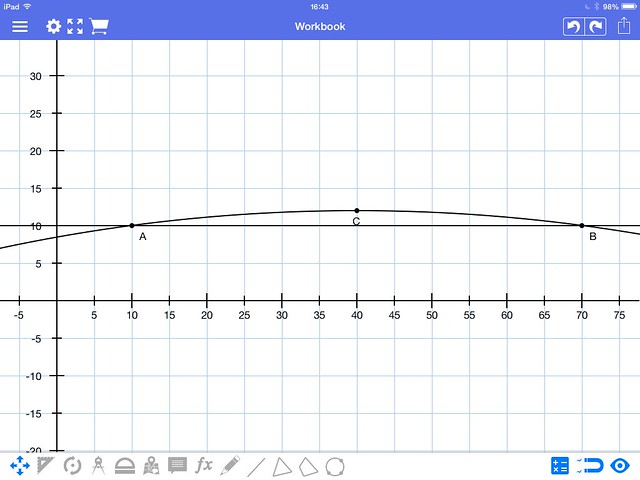 In a couple of weeks I’m going to be building a garden box – something to hold the barbeque, hedge trimmers, hammock and the tools it takes to maintain the postage stamp of paving and greenery we laughingly call our back garden. It’s going to be outdoors and I want it to shed the rain so the lid will be arched – coopered. Either I build it or the hedge trimmers live in my workshop.

I planned to build the lid it out of several long planks with bevelled edges. Rather than just have at it I decided to try a little maths to calculate exactly how much I should plane away to get the arch I wanted: two inches of height across a width of about twenty two inches. Or for the imperially challenged 50mm over 550mm. 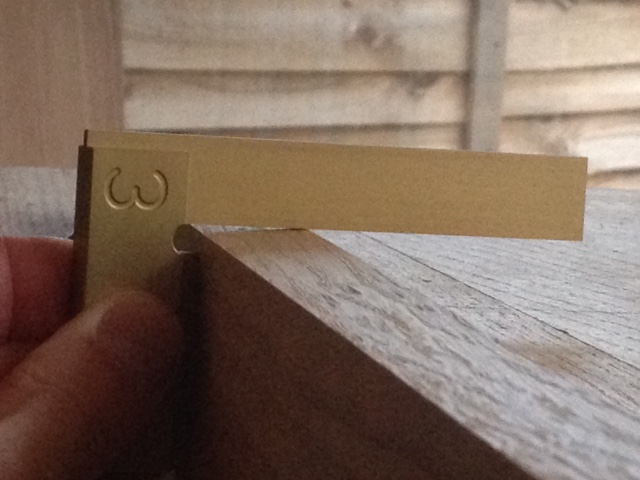 I like maths (I hope the National Association of Teachers of English doesn’t read this) but don’t remember much of my trigonometry so I spent some time with a maths app on my iPad.

After a couple of hours of faffing I calculated that x=a little bit. Slightly more than a gnat’s whiskers and quite a bit less than a shed load. So I gave up on the diagrams and went out to the workshop. 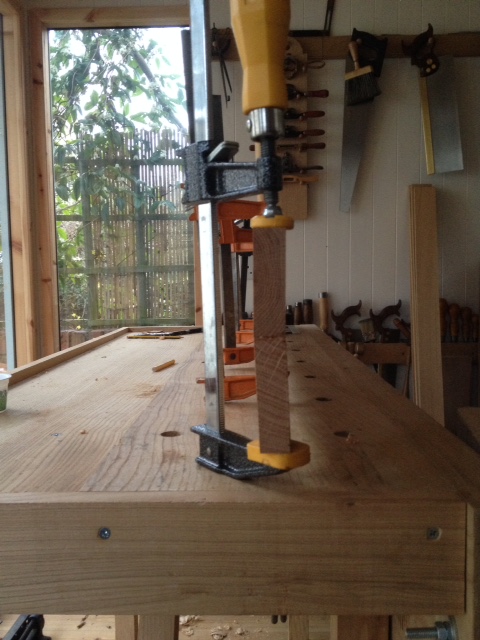 Bevelled for a curve or just out of square?

I’ve got some oak left from the peg rail. It’s the scratty bits I’ve scarfed together: knots, reversing grain direction and a bit of bowing. There’s just about enough to put together a mock-up of the lid.  I bevelled one edge of each board, put it all in a couple of panel clamps and fiddled with it enough to get an arch. I liked the curve but didn’t fancy my chances of wrestling the whole lot I to the correct shape when it was covered with glue.

Instead I’m gluing up pairs of planks. Then I’ll put them all together and see what it looks like. Design by trial and error, rather than maths.

What's going on in and around the shop.

In Proportion to the Trouble
Basketmaker Silja Levin

The art of basketry

I don't know where this is going.

A Blog about Old Barns ~ from Green Mountain Timber Frames

Tales From a Cabinetmaker's Life

In which 1snugthejoiner writes about woodworking, publishing, house renovations, cats and Shakespeare (don't worry – that last one is rare).

LUCY CHURCHILL'S BLOG: My work and the things that inspire me.